All the indicators suggest that growth in biopesticide sales is accelerating into and through 2013 and will continue strongly on to 2020.

This volume analyses and projects the markets in the US, Canada and Mexico for microorganisms and nematodes. Key developments and trends are described and the most recently available validated market data are summarised along with growth rates, major players and product tables.

CPL’s studies are based on primary data obtained from those working in the sector combined with information from our database, other studies and the public domain. These combined data are analysed to provide insight and guidance for companies interested in making and selling biopesticides.

See this PDF –  Contents of North America Biopesticides Market 2013 – for the contents of the study or the summary below. The price is €2500 ($2800). Publication February 2013. To order, contact Steve Lisansky

For details of other reports in the Biopesticides series, click here

The North American biopesticides market is estimated to have been worth $497.3 million at user-level in 2010, the most recent year for which wholly validated data are available, an increase of approximately 27.5% from 2008. The US is the biggest user of microbials in the region with a market estimated to be worth $372.4 m (74.8% of the total), followed by Canada and, then, Mexico. The North American biopesticide sector in 2010 represented approximately 3.7% of the total pesticide market (3.6% in Canada, 6% in Mexico and 3.5% in the US).

Our review of the market indicated substantial growth in the sales of biopesticides in response to:

This has produced an evident paradigm shift towards biopesticides that began around our assessment date of 2010. All the indicators suggest that we will see growth in biopesticide sales accelerate into and through 2013 and on to 2020. This ‘sea change’ has been confirmed by a substantial move by the agrochemical majors into the biopesticide business during 2012, notably through acquisition of some of the key players, such as Becker Underwood (by BASF) and AgraQuest (by Bayer CropScience).

Growth to 2010 was seen particularly in biochemical biopesticides and invertebrate biocontrol agents, both of which may have exceeded 13% per annum. Growth in some microbial biopesticides was similar. However, sales of the mainstay of that sector, the caterpillar active Bacillus thuringiensis products, were mostly flat and there was a notable decline in use in forestry.

Using data obtained from historical web-based sources, and our own data for 2008 (our first estimate of total biopesticide sales), it is possible to see substantial growth in the North American biopesticide market that started in 2003.

If this trend persists, the biopesticide market in North America will reach $900 million by 2020. All the anecdotal evidence suggests, however, that the $900 million figure will be passed earlier.

The North American microbial biopesticides market is estimated to have been worth $139.8 million at user-level in 2010; an increase of 10.3% since 2007. Although growth has been seen in some sectors, notably products based on Bacillus subtilis, sales of Bacillus thuringiensis for caterpillar control have either stagnated or, indeed, declined (notably in the forestry sector). The proportion of the microbials market taken by Bt-based products (including Bt H14 for mosquitoes) has decreased from an estimated 90% in the late 1990s to 51.2% in 2010.

The US is the biggest user of microbials in the region with a market estimated to be worth $110 million (79% of the total), followed by Mexico and, then, Canada, where insect pests are far less prevalent.

The fastest growing sectors in the US have been the fungicidal products based on Bacillus subtilis and fungal-based materials. Prospects for growth in sales in the US overall remain good although there is no evidence for the meteoric rise predicted earlier in the decade. The market in Mexico for Bacillus subtilis has increased and there is a steadily growing sector in locally-produced, fungal-based products. Sales are large and product is cheap. Canada is not a large user of either insecticides or fungicides but the prospects for growth are good in response to government encouragement and pesticide bans.

Although overall growth in the microbial biopesticide market in North America has not lived up to the expectations of the 1990s, the potential remains high and opportunities exist which have the potential to raise the total market to $250 million by 2020.

This volume of 296 pages includes 94 tables, 108 figures and information on hundreds of companies.

For information about CPL Business Consultants, have a look at our PowerPoint Introduction and Brochure describing deliverables, differentiators and case studies. Eight case studies can also be reviewed. 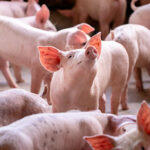 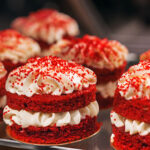 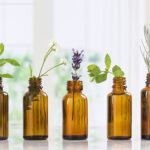 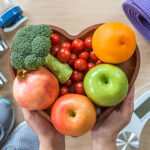 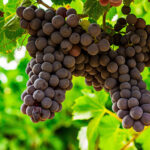